Beau Brown hosts The 2012 National Puppet Slam at the Center for Puppetry Arts in Atlanta Friday August 3rd at 8:00PM and Saturday, August 4th at 8PM.  For more information, call 404-873-3391 or visit puppet.org/perform/nationalpuppetslam 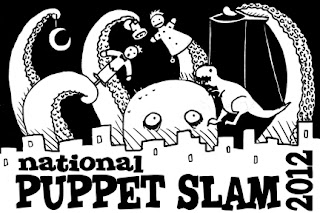 Marsian: Why are you excited about the National Puppet Slam?Beau Brown: I am excited to have so many talented slam artists all in place for the public to see. It was great doing it at the Nationals Festival last year for the puppeteer community and this year we get to share it with the public. I think that having it at a important puppet institution like the Center for Puppetry Arts is a wonderful way to continue to legitimize short form puppetry. People who would come and see adult programming at the Center might not go to a smaller local slam. Marsian:  Why have a National Puppet Slam?Beau Brown: I think it important to recognize excellence in our field. Right now UNIMA and PofA don’t really take much notice of short form and it is my hope that, as the tradition of the National Slam continues, acceptance into the show is considered an honor and something that the artists should feel extremely proud of. It is the Oscars of puppet slam! Also doing it at the Center gives these artists a chance to perform on the main stage of the Center for Puppetry Arts which without doing a full length show is not an opportunity that these artists might otherwise get. Marsian: How do you see this selection showcasing where this movement going?BB: I think that the lineup truly reflects the diversity in slam performances and puppetry styles. Just like the National Slam last year it shows that puppets slams aren’t just “naughty puppets”. Marsian: It sounds like people are coming from all over the country...BB: I have! It is so exciting to see members of the puppetry community making the trip. I am putting up some of them at my place and other members of the Atlanta puppet community have stepped forward to host some out of town guests.
Lets take a closer look at the performers... 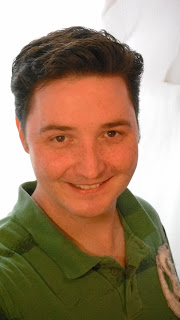 Travis Lope #Auburn #NY
Travis Lope is a performer, puppet designer, and a costume designer and technician. Favorite credits include working with Dr. Cosby on Cosby, Lewis Black in Black Humor and Lorenzo Lamos in Dracula. Travis particularly enjoys building larger than life puppets. Ranging from dragon heads and dinosaurs to a 31-foot tall, cable controlled Giant for Ronald Dahl’s BFG. Travis’s work has been featured in commercials for the Connecticut State Lottery and Bob's Discount Furniture.  He recently finished graduate school at the University of Connecticut. The Enchanted Vanity Set has been performed in four different states. 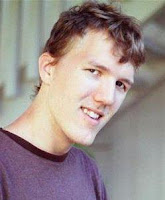 Gregg van Lanningham #Atlanta
Gregg Van Laningham is a puppeteer who got his start in the world of puppet slams. He has written and performed dozens of shows over the course of the past two years, and currently works as a freelance puppeteer in Atlanta with a specialty in science education. Gregg often collaborates with his best friend and creative partner Qate Bean, and together the two of them have performed for audiences ranging from a 4-year-old's birthday party to a crowd of hundreds at Dragon*Con. Gregg earned a Ph.D. in Materials Science and Engineering from Georgia Tech. 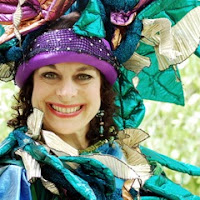 Therese Schorn #Ossining #NJ
Therese Schorn is a NY based puppeteer, clown and designer. She most recently performed in Puppet Art Attacks. She also performed and taught at the 2011 International Yunlin Puppet Festival in Taiwan. She is a 23 year veteran of the Big Apple Circus Clown Care bringing puppetry music and clowning to hospitalized children. Shows include A Village of Fools (Theater for the New City) and Peaceable Kingdom ,a puppet and physical theater play with a cast of 2.4 children. She also constructs and performs with giant puppets for Nyack’s Halloween Parade. 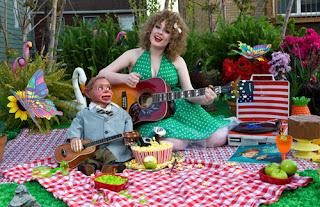 Carla Rhodes #Brooklyn
Carla Rhodes has been practicing the art of ventriloquism since the age of 9, after seeing Shari Lewis and Lamb Chop on television and to her absolute delight, was later mentored by her hero. Throughout her teens, Carla performed all over her hometown of Louisville. She has been living and performing in New York City since 2004, at such legendary venues such as Joe's Pub. Recently, Carla performed a full-length rock'n'roll ventriloquism show, The Continuing Story of Carla Rhodes. Time Out New York proclaims the show “is an idiosyncratic neo-retro blend of ventriloquism, rock music and comic storytelling" and she “throws her voice like a curveball, bringing old-school ventriloquism skills to new-school puppets (including one of Keith Richards).”

Leila Ghaznavi #Philadelphia
Leila Ghaznavi is an actor, puppeteer and playwright currently based in Philadelphia. She has been featured as an emerging artist at The National Puppetry Conference at The Eugene O'Neill Theater Center and her original multi-media puppet work, Silken Veils, received five stars and was nominated for best new work at the Edinburgh Fringe Festival. Silken Veils has been featured on the Leonard Lopate Show, BBC Persia, and Voice of America. Her featured work, Remembrances was presented at 2011 Puppetry Festival, UNIMA Day in NYC, and the Puppet Pandemic Slam in Philadelphia. Leila Ghaznavi has an M.F.A. from the California Institute of the Arts. 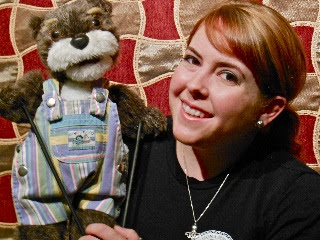 Gwendolyn Bonar #Phoenix
Gwen is a second generation puppeteer who started puppetry as soon as she was able to walk and talk. A professional puppeteer from the Great Arizona Puppet Theater, she has performed all around the state of Arizona as well as numerous guest performances at theaters around the country. She has also had the pleasure to perform internationally, including Kazahkstan this Fall. 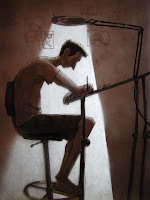 Lyon Hill #Columbia #SC
Lyon takes his inspiration from comics, animation, pop up books, view master reels, and other graphic arts. In his work, he combines these diverse mediums to create new hybrids.  Supine is a nightmare experienced by his wife. Small paper puppets are projected large scale to tell the surreal story of a woman being chased through a desolate city by a shadowy figure. 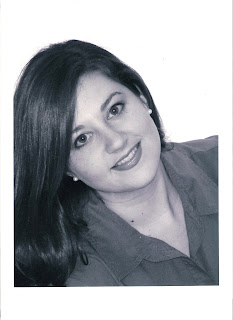 Honey Goodenough #Brooklyn
Honey Goodenough is a New York City based puppeteer, producer, costume designer, educator, clown, and magician. She earned her MA in Educational Theater from NYU. She has produced many puppetry related events including the premiere of Puppet Rampage (Puppeteers of America Festival Documentary film). Honey has co-curated Emerging Artist Theater's Laugh Out Loud: Clown and Puppetry Festival in 2009, the Voice 4 Vision Puppet Slams hosted at The Theater for the New City in 2011, as well as the UNIMA USA: Celebration of World Puppetry, hosted by Teatro Sea. She is a three-time recipient of the Puppet Slam Network grant to produce Puppet Pandemic, a showcase of puppetry works developed during The National Puppetry Conference at The Eugene O'Neill Theater Center, which supports the Alumni Scholarship, to help artists create more short form puppetry. Honey has been touring from Brooklyn to Brookline, Austin to Boston and throughout the Puppet Slam Network for the past four years. 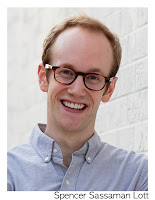 Spencer Lott #Kansas City
Spencer Lott is a freelance puppeteer. He develops and produces commercials and online video content as well as live stage productions. This summer his work was on display at the Springfield Art Association and his original puppet shows The Bicycle Brothers from Ohio and Bigfoot’s Magical Moped are now in development. Recently Spencer has performed in Puppet Slams in Kansas City, New York City and Chicago. After the National Puppet Slam, Spencer will return to Kansas City where he will act in Theatre Gym’s adaptation of The Miser by Moliere.
Posted by Marsian at 8:38 PM