Kat Pleviak is having a Puppet Meltdown! #Chicago

Kat Pleviak, curator of Puppet Meltdown, lives in Chicago where she is also the founder and artistic director of Sea Beast Puppet Company.  Under Kat's direction, Sea Beast has initiated a number of exciting puppetry projects including a series of touring family friendly puppet productions, the Gorilla Puppetry Project, and Puppet Meltdown Puppet Slam. Kat has an MFA In Youth Theatre and Puppetry from the University of Hawaii Manoa. 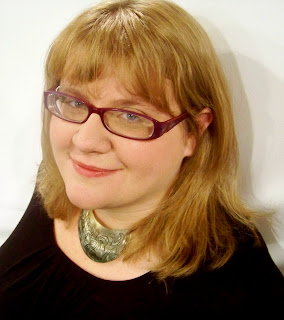 Marsian: So Kat, When did you start performing at puppet slams?
Kat Pleviak: The first slam I performed in was in 2007 at Puppet Rampage at the National festival. The piece was called Naughty Nursery Rhymes and told the story of Jack and Jill as nasty little rag doll children. If you have the Puppet Rampage DVD there is a very short clip of that performance.

M: How do your puppet slam pieces tie into the other kinds of puppetry, performance or your art-life at large?
KP: They are a great outlet for us to experiment with technique and subject matter. My company, Sea Beast Puppet Company, primarily does family friendly touring shows, so doing short and adult pieces allows us to grow and explore our creativity.

M: What cities have you performed in puppet slams or cabarets in? Which was the furthest or most exotic?
KP: I have performed at slams, in Chicago IL, Skokie IL, Norridge IL, Minneapolis MN, Wilmington NC

M: What is the funniest, freakiest, edgiest, or weirdest show you have seen?
KP: The first slam I ever went to was at a nation festival in 2005. A woman there did a shadow piece about the holocaust that was amazing and gave me a lot to think about in terms of what you can do with a short puppet piece.

M: What was the worst puppet slam you performed at and why? What made it disastrous?

KP: I was in a slam at a puppet festival and we were asked to bring 2 pieces, one of which was cut because the slam went to long. The piece we did show was too small for the space to be seen by anyone in the venue so no one got to enjoy it.

"A note to producers: Your slam performers are your guests and it should be your number one goal to help them succeed and have a great experience. A note to performers: be true to your work. If you walk into an event and can see your piece won't work, pull it. It does not help you to do a piece that disappoints based on a technicality. Know your work and show it to it's best."

M: If you were to form a puppet slam circuit near you for touring, what slams/cities would this include?
KP: Chicago, Champaign, Bloomington, Evanston, Madison, Minneapolis

M: Tell us about a fabulous failure (at a slam) and what you've learned from it.
KP: The first slam we ever did had strict guidelines in terms of time and when a few acts went long, we ran over and did not get a curtain call. I think it is so important to recognize your performers. To fix this, we now always plan to have our company represented with a few pieces, some of which are scheduled to go last. This way, if we run long we can cut our own work, to enable recognition of the invited performers.

M: Why are Puppet Slams important to you?
KP: They give us a chance to experiment and grow as artists, while connecting with like minded individuals.

M: What inspires you to create a puppet slam piece?
KP: Usually things that make me laugh

M: Who are some other artists on the puppet slam circuit that you are inspired by?
KP: Carole D'Agostino does "Object Theater Time" which is puppet improv, always amazing and my brother Tom. He has performed in a number of slam pieces and his characters are always amazing.

M: What pieces do you have in circulation to perform in puppet slams?
KP: I have a bunch but two of my favorites are Another Man Treasure. This piece is in miniature and tells the story of a mouse and a robot living in a trash heap - I love this piece because we film it live and project it live as a film. The other is called Road Rage and is a shadow piece about an angry driver. I made Road Rage while studying with Richard Bradshaw at the O'Neill Puppetry Conference.

M: Where would you like to see the Puppet Slam Network in the future?
KP: Everywhere!

M: What advice do you have for up and coming slam artists?
KP: Make each performance the very best it can be on the day you do it and take pride in your work! Have fun, share work, learn and grow and live!